Davis Landscape: Running a Profitable Landscaping Company Even When Hundreds of Miles Away 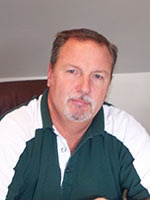 As Davis Landscape, has grown over the years, one of the biggest changes has been a diversification from solely design/build work to doing a lot more maintenance. Today, the company specializes in commercial and residential landscape projects of all sizes.

With two regional offices—a Northern Region Office in Harrisburg, PA and, a Southern Region Office in Raleigh, NC—the company owner, Scot Davis, also has the unique responsibility of ensuring the operations run seamlessly, despite the vast distance between headquarters. To add to the complexity, Davis resides and runs the business from his home in South Carolina and as a remote owner is not physically present every day.

From the diversification of services to the expansion of the company’s physical offices, the uniting factor that has helped allow everything to run smoothly has been landscape business software.

Diversifying Services: From Construction to Maintenance

Davis says that when he started in the business and it was all landscape construction work, that they were creating a lot of spreadsheets and then manually entering data into an old accounting package. That cumbersome process brought to light that the company could benefit from landscape business software. Davis says the company has been using the same program since 2001 and it’s grown with the business.

“Back then, when we were a construction company, we were using the software modules much differently than we use them now,” Davis says. “Today, as we’ve expanded into maintenance, we are using a lot more features in terms of what the software has to offer.”

“Our processes are streamlined from what they used to be,” Davis says. “We can now estimate within the same software program that we’re doing our job costing from. It transfers right from estimate to job costing in a streamlined way. We’re not transferring the same information by hand twice so that is not only saving us a lot of time but eliminating that possibility for error.”

Another key benefit of adding landscape business software has been that it has allowed the company to be “decentralized,” says Davis. While the Northern Region Office is focused on maintenance and the Southern Region Office is focused more on commercial construction and some smaller maintenance projects, there are also satellite offices that extend the company’s reach even farther. 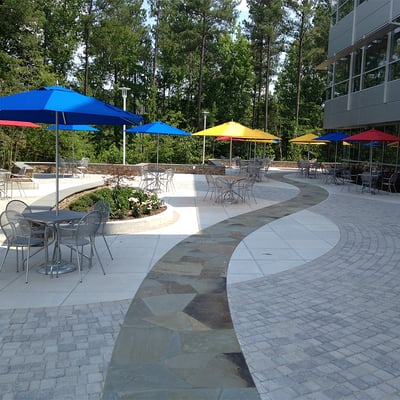 Davis resides in South Carolina and also handles accounting from there but with landscape business software he says it helps the entire company, and all of its locations, to feel more unified. As a remote owner, he may not be physically present on a daily basis but Davis has a strong pulse on what’s going on at both main branches and any of their satellite offices.

“We’re all looking at the same information every day, in the same system,” Davis says. “There’s no question that when I expanded our branches, having a software system in place made it easier.”

The reason why? Davis says the control over the company has been “more consistent” with the help of landscape business software.

“We run the software in all of our locations and have it all set up so that we can allocate specific equipment to a branch,” he explains. “Even an item as small as a weed eater will be accounted for as part of a specific branch. We can create an inventory of equipment and people for each area and it creates accountability.” 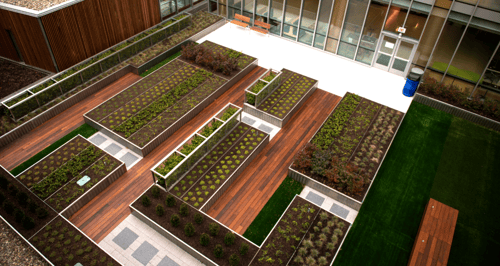 He says that in a competitive industry like landscaping, being lean is a differentiator.

Davis says his ability to operate lean has been the result of keeping administrative costs down. He hasn’t had to add a lot of assistants or extra administrative personnel to do what the software can handle. No matter which location they’re located, everyone is working from a single server and there are tools in place that prevent the need for duplicate data entry.

Of course, Davis says it definitely comes down to the caliber of the people and the quality of your team, when you’re operating lean and relying on a software system for so much support. Thanks to his strong team of people with good business acumen, they’re able to process and manage a large business with a lot of data using the available support of landscape business software.

“We’ve been through a lot of changes over the years, but Include Software has supported us in each endeavor,” Davis sums up. “It’s fair to say I could not have made all the businesses changes I did over the years without that support.”

Want to learn more about how Asset can help streamline your business? Getting started is easy! Let’s chat for 15 minutes to see if Asset is the right tool for your growing company.