As Sposato Landscape has grown, so has the need for stronger support systems. The Delaware-based company, which has branches in Milton and Frankford, was founded in 1992 and has grown substantially since that time.

In 2005, recognizing the need for software support, the company invested in landscape business software. But it wasn’t until 2014 that Sposato made a strong push to fully implement the program. 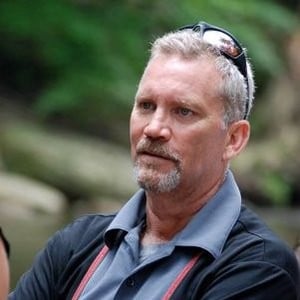 When Arnie Pavlik was brought on board to run the company’s IT operations as the “Network Administrator,” the company already knew they were outgrowing their existing systems.

“At that time they were using spreadsheets and four different programs—Quickbooks, QXpress, Dynascape, and a fleet management program,” Pavlik explains. “Other than Quickbooks and QXpress, these programs did not talk to one another. It just became too much. I think everyone had begun to realize the company had gotten way bigger than its systems.”

Knowing a change was in order, the question was raised about whether they implement the landscape software product they had already purchased or create something of their own. After weighing the options, they realized that developing a database from scratch didn’t make sense when they’d already purchased a comprehensive product.

Admittedly, the beginning was a slow-go, says Pavlik. There was a lot of pushback and a lot of employees who said, “I don’t want to change my ways.”

In 2015 Karen Petermann, director, office systems, came on board, and together she and Pavlik pushed forward to spearhead the implementation as a team. 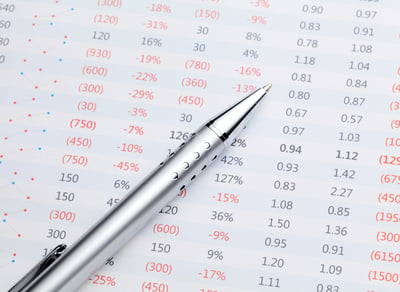 “It was a very large implementation for our business and therefore a big change,” says Petermann. “We had well over 50 spreadsheets that were driving and managing the business. We had to consolidate all of that data—and it was a lot. We also implemented every single module of the software system from customer management all the way through payroll.”

In other words, it was a total overhaul of the way of doing business. And getting employees to “let go” of those spreadsheets was no small feat.

But once they did, positive benefits began to help change the tide.

“One of the biggest benefits has been that it has made the company, and all of its departments, more visible,” says Petermann. “In other words, all of those individual spreadsheets that were each password protected are now open so that everyone can see what’s going on. If an employee is out sick or goes on vacation, business continues to flow with zero interruptions. That transparency has been very good for us.”

There has also been job costing benefits, Petermann says.

“Our spending has been more manageable through the purchase order system,” she says. “And our scheduling is much more efficient, allowing our productivity to also increase.”

Petermann says that even from a customer service standpoint, there have been substantial benefits.

“Because all of the modules work together, if a customer calls in and is curious about the next time their property will be mowed, anybody can get right into the system and answer that question for them,” Petermann says. “It’s all streamlined.”

The benefits of implementing landscape business software have been obvious. But Pavlik and Petermann say that it’s still required ongoing support and encouragement from management. 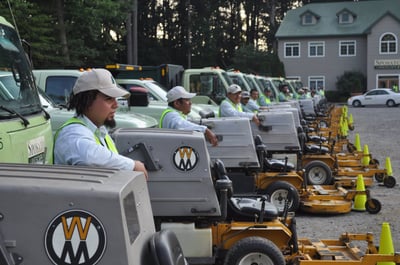 “There were some holdouts when it came to getting all of our team on board with the software,” Pavlik admits. “So one thing that we’ve tried to do regularly is to demonstrate just how much easier a task can be when you use the software. It’s been incredibly important that we remain positive and encouraging as the team adapts to these changes.”

After all, it’s a big change.

“We’ll be honest that it’s not going to be easy,” adds Petermann. “When people have been doing something the same way for years, it’s tough to embrace a system that is totally new to them. But management needs to hold department heads responsible for making sure their departments are playing by the rules. Any time a team member takes shortcuts or bypasses the system, it bogs the whole process down. We’re working to all be on board, recognizing that it’s not an overnight process.”

Petermann says that ensuring training is “spot on” and that management is ready to embrace the change will be two key factors in a successful implementation.

“You have to be all in,” adds Pavlik. “And you have to push through the hard times. The benefits will start to reveal themselves and people will get on board.”

Simply put, Petermann and Pavlik say the biggest benefit of implementing landscape business software has been the fact that it’s made the business more manageable. There was simply no way it could have carried on with dozens of spreadsheets and four different systems running the show. 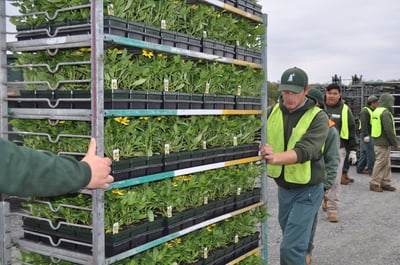 “Asset was purchased in 2005, before I was here,” says Pavlik. “When I came on board for IT, they still weren’t using it. They were trying to do everything on their own, and it just wasn’t working. I didn’t know anything about Asset, I just knew technology, and I knew it could be the solution the company was looking for—but it was going to be a big change.”

And that’s been exactly the case. But it was just the kind of change Sposato Landscape needed. Since implementing Asset, Petermann and Pavlik say that having streamlined so many different facets of the business into one seamless program has been key.

But they know the challenges and are willing to help other companies who are getting started.

“They should call us because we’ve been there and we can help,” Petermann says. “We’ve been through it and it’s not easy but we came out on the other side stronger.”

Want to learn more about how Asset can help streamline your business and make operations more manageable? Getting started is easy! Let’s chat for 15 minutes to see if Asset is the right tool for your growing company.