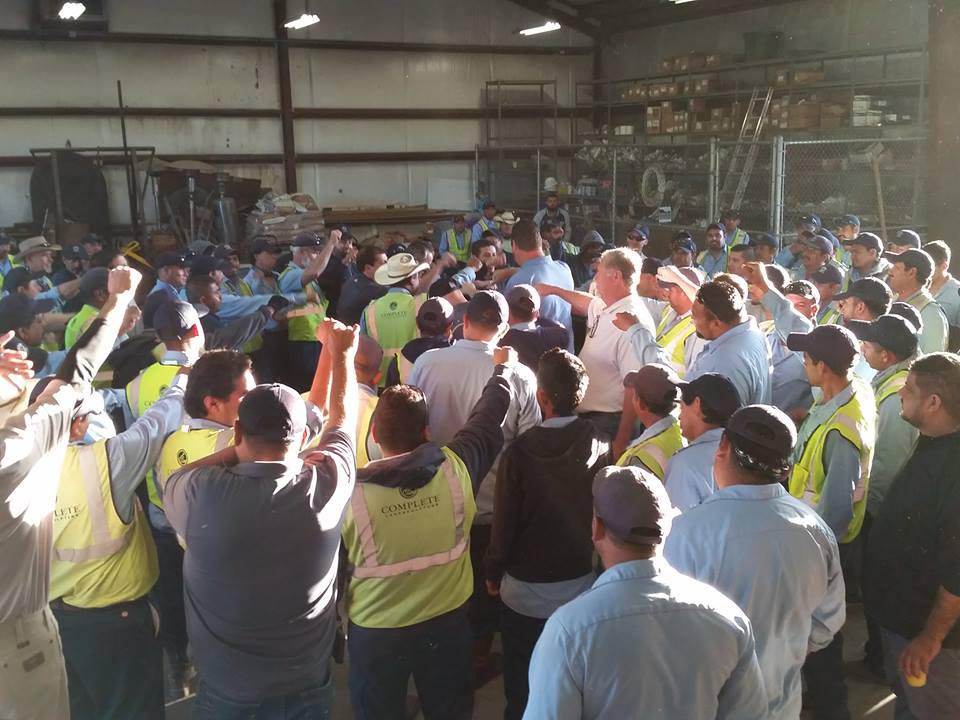 You may have heard the expression that a happy worker is a productive worker. While you might have implemented some efforts to build a stronger company culture, you could still be wondering whether you’re doing enough.

Considering the fact that a positive company culture not only helps you to retain your existing employees but to recruit new ones as well, it’s definitely an important piece of the puzzle.

After all, happiness and productivity go hand-in-hand, and there is research to back this up. According to Gallup’s 2017 State of the American Workplace poll, engaged employees are more present and productive, more attuned to the needs of your customers, and more observant of processes, standards, and systems within the workplace. In fact, the research found that the behaviors of highly engaged employees resulted in 21 percent greater profitability.

There is no doubt that employee morale can impact the bottom line. Employees who are happy where they work tend to work harder, be absent less often, and don’t harbor any ideas about quitting. The latter fact is perhaps most important considering the fact that additional research indicates employee turnover cost can be as much as 16 percent of an annual salary (some research indicates even more than that).

Gene Freeman, co-owner and vice president of Complete Landsculpture in Dallas and Oklahoma City, says that they know the value of company culture in the landscaping industry. Over the years, the company has implemented dozens of ideas as a means of improving company culture. This effort even goes as far as what they call people. Instead of using the term “employees,” Freeman says they’re called “team members.”

It’s an important distinction, Freeman says, adding that “we’re all in this together.”

We recently caught up with Freeman to find out some of Complete Landsculpture’s best company culture ideas and how they’ve implemented them. 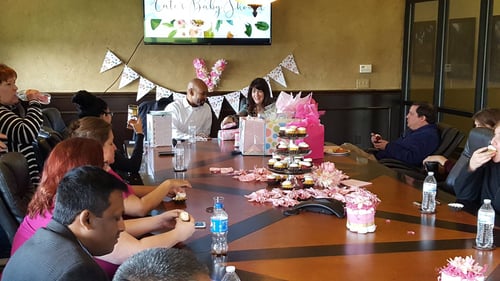 Freeman says that celebrations such as birthdays or work anniversaries are incredibly important opportunities to show your people just how much you care about them. At Landsculpture, if someone is celebrating a birthday, their desk is decorated before they get to the office and everyone is given a birthday certificate.

Freeman says that work anniversaries are also acknowledged yearly and on special ones (5, 10, 15, or 20 years, for instance), team members are given gift cards or gifts, which can vary depending on how long they’ve been there.

In addition, if a team member is having a baby, then they’ll be a workplace baby shower. It’s all about taking the time to show your people that you care.

Freeman says that these celebrations are handled by a “spirit committee” in order to help ensure they actually happen.

“The Sunshine Spirit Committee is our committee that helps to ensure our people are taken care of from a light and fun standpoint, which we believe is valuable,” Freeman says. “If you decide to do something like this, it’s important that you stick to it. Nobody wants to get a birthday greeting a day after their birthday. But you don’t have to do it all yourself. By implementing a committee to handle those responsibilities you can help be certain it’s getting done.”

2. Use Committees to Engage Team Members

The Sunshine Spirit committee is just one of six different committees, says Freeman. Having committees involves team members in building up the company culture by allowing them to help make important decisions and run various aspects of the company.

“Getting team members involved helps give them a voice and allows them to spread that good word and cheer,” Freeman says. “That means we’re having positive messages conveyed at all levels, not just the top pushing down. We’re all involved in improving company culture.”

The six committees at Landsculpture are Spirit, Marketing/Networking, Technology, Efficiencies/Best Use of Resources, Safety Committee, and Team Member Committee.

“You are on a committee for one calendar year,” explains Freeman. “Everyone has different things they can offer and bring to the table during that time, though some might be a better fit for one committee than another. Even so, nobody stays on a committee for more than two years. We’ll turn it over to give someone new a chance to see a different view of what’s going on within the company.”

3. Have Fun with Holidays

Freeman says that Complete Landsculpture takes fun seriously and that means finding creative ways to celebrate holidays within the company as well as the greater community. They do ugly sweater contests and White Elephant gift exchanges during the holiday season, a Thanksgiving potluck, and even an Easter egg hunt with 1,700 eggs hidden at the headquarters for the local community.

“We do March Madness and bought a game where you throw miniature basketballs and it has a running tally,” says Freeman. “We also do a World Cup soccer event that’s also a recruiting effort. Team members are invited here to watch the game and we have lots of great food and drink. Then we go outside and have a soccer tournament after we watch it on television. It’s just a really fun event for everyone but also a great opportunity to bring someone who is thinking about coming to work for us They get to see our positive company culture first hand.”

Again, these are all events that the Spirit committee can assist with, further making the point that you “don’t have to do it all yourself,” says Freeman. There is nothing wrong with recruiting some help in bringing these ideas to life. 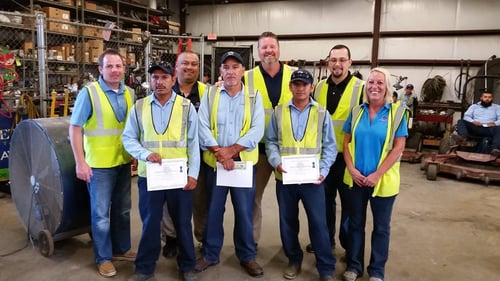 “One way we do that is that every year, on the first day that it turns 100 degrees, everyone in the company gets a popsicle delivered to them on site,” Freeman says. “We want them to know that we care they’re out there and working hard in the heat. It’s another way of saying ‘thank you.’”

Of course, efforts like these aren’t always easy. But Freeman says it’s important that if you commit to an idea, that you follow through. Otherwise, it could really backfire.

“The first day of 100-degree weather does not always happen on the easiest of days, but we are committed to following through,” says Freeman. “It might be a really busy scheduling day and we have to put something on hold because we’ve committed to getting those popsicles out there on the day it hits 100. You have to show your people that they’re a priority for you.”

Freeman says that maintaining an “open book policy” has also been a way to improve company culture. For Landsculpture this means measuring and sharing numbers with team members.

“Landscaping business software allows us to know our budgeted versus actual hours, and we share all of that information with our people,” Freeman says. “We feel it’s important that they know where we stand and that they’re kept in the loop of what’s going on. After all, we’re all in this together.”

It’s also why the company participates in profit sharing. Freeman says that it helps incentivize team members to all go the extra mile.

“Since we all have a share in the profits, it also helps the departments want to work together rather than operating as though they are on their own individual island,” Freeman adds.

Why Does Improving Company Culture Matter?

As mentioned, studies show that happier employees are more productive and Freeman says that he’s seen that happening first hand. He says that when people love coming to work, they do a better job. He also says that employee retention at Complete Landsculpture has been excellent. And there’s no question that clients are treated well by the hardworking team members that make up the company.

“We feel that our clients have come to expect a higher caliber person providing their service and we believe it’s because of our company culture,” Freeman says. “Our clients can see that culture, too. They see that our people like it here. It’s as important to us as our uniforms, our trucks, or even our overall image because it’s all part of that.”

But Freeman says that despite all of the benefits that come from improving company culture, it’s also just “the right thing to do.”

“It’s the ‘Golden Rule,’” he says. “It’s about treating people the way you want to be treated. We do a lot of different things at our company but it’s not like every single one is about squeezing every dollar we can get out of it. Yes, we want to be profitable, but we also want to have a great place to work where we can leave a great legacy. We have 200 team members, plus their families, plus our vendors and subs and their families. We feel responsible for everyone’s well being. By creating a workplace where everyone is happy, likes to come to work, and works hard while they’re here, it’s ultimately better for everyone.”

If you’d like landscaping business software to help support your effort of improving company culture, then let’s explore and see what Asset can do for your landscaping company. 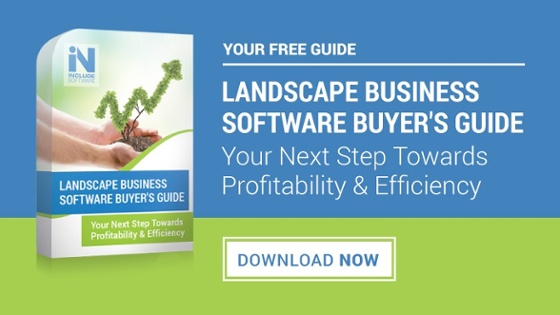