Accountability in the workplace is vital to any healthy and successful landscaping business—but it is not something that just happens. Instead, business owners must be incredibly intentional about creating and also supporting leadership positions in which team members are held accountable.

Of course, that’s easier said than done. We recognize that leadership accountability can be time-consuming and even difficult to implement, which is why we turned to Jason New, executive coach, speaker, and peer group facilitator with McFarlin Stanford, a management coaching and recruiting firm based in Dallas in order to find out some of his best tips. McFarlin Stanford believes that accountability is a key aspect of leadership that all landscape business owners should be paying attention to.

New says that there are a lot of reasons why people don’t create accountability in the workplace but it usually boils down to an excuse that they’re “too busy.” But New says that McFarlin only works with busy and successful people and busy is not a reason to avoid accountability. In fact, it’s a reason to be more intentional about it.

We’ve asked New to share some of his best accountability tips in order to help landscape business owners make the most out of leadership opportunities.

You can’t just expect your team members to be accountable for any number of tasks or goals that you put in front of them—you need to provide support. That support comes in the form of mentorship and guidance, says New, who likens it to one of the all-time great quarterbacks Tom Brady.

“Tom Brady wants to perform his best and in order to do so, he has mentorship in every single aspect of his life,” New says. “He has a healthy regimented diet which is provided to him by an expert. He needs to be very physically fit so he has an exercise routine that is also overseen by an expert. He has a coach that works with him on strategy and another that works with him on throwing. Basically, he has guidance in every single aspect of his life and is willing to listen to that feedback and do what is needed to perform his best. Your team members need the same thing in the workplace—someone who is there to provide guidance and support goals. If that’s not provided, you can’t just expect people to remain accountable.”

2. Accountability is About Fostering Help

There is a tendency to think of accountability in a negative way. Employees hear the word “accountability” and they think of it as being caught doing something wrong. That’s because when people talk about “being held accountable,” it’s often used when there was a mistake already made.

But that’s not what we’re talking about at all. New says that it’s important to think of accountability in terms of “fostering help.” It’s about creating a supportive environment where team members are willing to provide guidance and accept guidance in a give and take relationship.

“It’s not about scolding people or belittling them,” New says. “Instead, it’s about creating an environment where it’s understood mistakes are going to happen but people are willing to work together to help one another get past those mistakes, learn from them, improve, and then make fewer mistakes going forward.”

Of course, all of this needs to happen within an agreed-upon timeline.

But in order for that to happen, New says that people have to feel comfortable sharing when they’ve messed up. You must create a work environment where people feel “safe having honest and real conversations with their leaders.” Without that, there’s really no way to move forward in a productive manner.

We have written about one-on-one meetings before because we believe they are a critical form of communication at your landscaping company. They are also essential when it comes to creating and upholding accountability. When it comes to how to hold someone accountable at work, the answer is one-on-ones.

Landscape business owners should be holding one-on-one meetings with their direct reports weekly. This is the time to foster that “environment of help” that we talked about above. Your direct reports should feel comfortable sharing mistakes during this time. It should not come to be a time where they feel like they’re being lectured.

Of course, New says that a lot of landscape business owners worry about how they can do that. They also worry about what to say during these meetings. The last thing you want, New says, is for team members to feel defensive when they come into these meetings.

That’s why you need to set the proper tone from the start.

“Set the framework for these meetings by being open about your own mistakes,” New says. “Share what you could have done better that week and what everyone can learn from the mistakes that were made. It’s so important to talk out loud about how to improve upon what you’re doing so that your direct reports will follow suit.”

In order to foster accountability, New says that the framework for one-on-one meetings should also include discussion about the past, present, and future. Set up the meeting (and subsequent conversation) as follows.

Talk About the Past

Reflecting on last week is your opportunity to learn and grow as a company. Talk about what you did well and didn’t do well last week. Talk about mistakes that were made and what was learned from them.

Talk About the Present

Now, look at things in real-time. What’s going on this week? Are you making some of the same mistakes? Can you stop them in their tracks? What’s going well this week and what needs work? Talking about the present will help ensure that you’re making meaningful changes to the way the week is progressing before it turns into more mistakes that could have been avoided.

Talk About the Future

Of course, you always need to be planning for the future, too. That’s how we move forward. Talk about what is in the pipeline. What can be done better next week? What bigger plans do we have beyond next week (goals that we’re working toward)?

Track all of this so that you can visit it again the following week.

4. Make Timelines and Deadlines Part of the Conversation 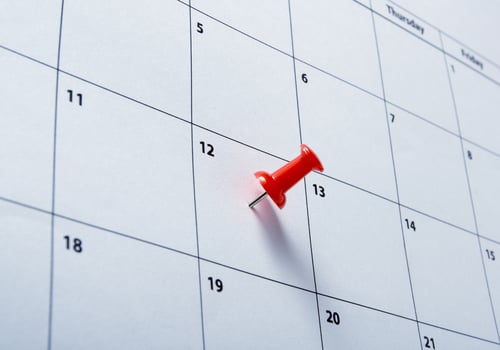 In thinking about those “past, present, and future” conversations, it’s also important to think about timelines and deadlines, which are important when it comes to accountability in the workplace.

Timelines and deadlines are two different things, says New. Whereas deadlines are hard and fast (a date by which we must have something done), timelines are more about “how can we get there,” explains New. A deadline might be a start date or a specific event. Sometimes they are dictated by the client. But they are always a date where you don’t want to be late. A timeline might be flexible. You might set the timeline internally but with the deadline being the goal.

“When you are speaking about the future, you need to use timelines and deadlines,” New says. “For instance, if you know that you have a deadline of November 15 for a project or goal, then you might talk about your timeline as being 4 weeks. During that entire timeline you should be providing guidance on how to get from Point A to Point B. And during those one-on-one meetings, there should be updates regarding the timeline.”

New says to consider these questions in regard to discussing a timeline:

Reaping the Benefits of Workplace Accountability

Though it might feel like a big task, creating and upholding accountability is important, sums up New. And in the end, it really does come down to the landscape business owner to facilitate it. If you aren’t being accountable for your own tasks, you can’t expect your people to follow suit.

“Be intentional about creating accountability within the company by adhering to your weekly one-on-one meetings and not letting them fall behind,” says New. “If you’re going to keep up with the past, present, future conversations, and remain committed to your timelines and deadlines, then this is simply not an area where you can afford to become lax. Demonstrate accountability by making those meetings a priority and setting up the proper expectations for your team. You’ll reap the benefits when you do.”

If you’d like to use landscape business software to help you record valuable content from your one-on-one meetings in order to assist with workplace accountability, then let’s explore and see what Asset can do for your landscape company. 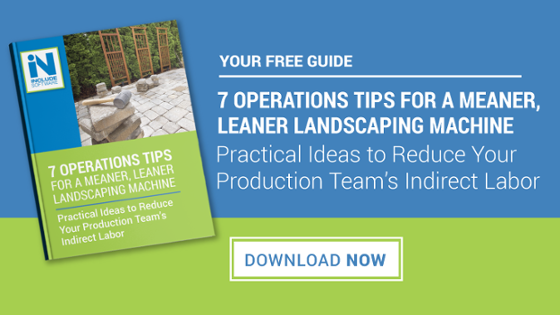